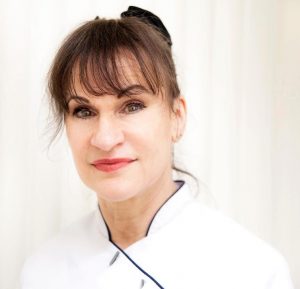 My name is Marie-Agnès Casalini . I have extensive experience being one of the first practitioners in the UK trained to apply the AtlasPROfilax® realignment Technique.
I was educated and certified by the Atlas Academy®, Switzerland, SA CH 3960 Sierra and I became fully trained and qualified as an Atlas practitioner on 10th May 2007
Since then we have helped thousands of clients from all over England (from babies to the elderly). I am amongst the very few who passed the very highest and latest level of AtlasPROfilax® education in November 2014 and always keep myself updated within my field.

How did I become an Atlas Practitioner?

As long as I can remember, I have been looking for something which could create an amazing change to people’s lives and also something that would not only add to existing therapies, but something which would be very vital to people’s health. In 2006, a German friend of mine told me about friends having major results after having their Atlas realigned in Germany.

Unfortunately, there were no Atlas practitioners in the UK at that time so I decided to go to France to get my Atlas bone realigned into its correct position. After the session, I was experiencing impressive changes: holding myself upright without any effort, so light and well-balanced, as if my body did not weigh anything anymore, I felt like I was flying!

Before my Atlas was corrected, I suffered from knee pain when running. I found out that it was due to my pelvis not being aligned, which was creating more pressure on the knees.
Many attempts were made with different practitioners to straighten my pelvis, without success. Whenever it was readjusted, it quickly went out again. Since my Atlas has been correctly positioned, my chiropractor has confirmed that my pelvis has remained straight and stable.  I have had it checked a few years later, and it is definitively in the correct position, and and my knee is no longer painful.”

Then, I spread the good news to my friends, some of whom went to France to get their Atlas realigned. When they also got impressive results, I decided I had to learn this amazing technique.

I attended the first training given in the UK in May 2007 and successfully qualified as an “Atlas Prof” certified by the Atlas Academy® in Switzerland following the revolutionary method developed by R. C. Schümperli . Few years later as the AtlasPROfilax® Technique evolved, I passed the level II AtlasPROfilax® updating training on 2nd November 2014

I also qualified as a Scenar Therapist (level I and level II).  The Scenar device  (Self Controlled Energo Neuro Adaptive Regulation) has been developed by Russian Scientists for their astronauts and addresses any residual areas of pain and muscular tensions to alleviate aches, pain or tensions (I use it at the follow-up session).

Get in touch with me today to learn more or book a session.

I look forward to helping you too.